We drove for over an hour. The landscape was changing constantly. We finally saw something that looked like flat salts from the distance but when we got there we discovered that it was not salt if not soap. You cannot imagine our surprise. We thought it was a joke but when we mixed it with water we realized it was not. It was so strange. We spent some time walking around the blocks of soap and playing with them like kids.

Our next stop  was going to be a surprise too. We went to an area of geysers. It was so strange, like being in the moon or in any other planet but not the earth. We walked around the geysers very carefully since from time to time the smoke didn´t let you see what it was right in front of you and those holes were filled with very hot lava, it was burning all the time.

From the geysers to the desert again, a place called “Dali rocks”. The mountains that sorrounded those rocks had incredible colors, they looked like paintings really.

We passed by more lakes and our final stop was Laguna Roja (red lagoon).

Our second shelter was much better. And we were able to be in a sort of gallery with illuminated with a bulb so we could play cards and talk and drink coffee.

We wanted to see the sunrise in that red lake, we had this feeling it was going to be fantastic. So we set our clocks very early, told our cook our plans so she made us breakfast earlier and went to bed.

Another day another adventure and more places to discover.

We drove the whole morning and we were kind of quiet, I think that just fascinated by what we were seeing. We were going to Villa Fátima, Quebrada de Palala, Sillar, Polulos, San Antonio de Lipez, in that order.

This is how the road looked like when we set off:

Quebrada del Palala came next and it was really impressive. We asked the driver to pull over, we wanted to be there for a while and take some pictures.

Tati next to the van.

Our next stop was El Sillar. We shared our lunch with the llamas. It was really nice.

I¨m not in the picture, just taking it.

Our next stop was in Polulos. This little town had a church and some houses. That was about all. But we were welcomed by a bunch of kids who sang songs for us and expected a coin in return.

Julian and the little kids

We left the town and headed to somewhere totally different. The landscape was changing and after some kilometers we were in a desert.

Finally, we went to San Antonio de Lipez, where we were going to spend the night. Another little town with a very poor shelter. We went for a walk while Inocencia, our cook, made us dinner.

The shelter (Javier and Julian)

Inocencia was a really good cook and we really appreciated all her efforts.

There wasn´t much to do at night. It was dark because the lights were on just for two hours and there was no heating and it was pretty cold so we went to our room and chatted till the candle died out.

The following day new marvelous places were waiting for us.

Hour 1
Julian, Javier, Erika, Tati and I arrived.
We were harassed by all the travel agents. We, very politely, declined all the offers and promised to contact them later.

There are lots of stories of tourists being cheated. Either the car is old and they are left in the middle of nowhere for hours or a day, or there is no food, or the drivers are drunk and the list is just too long for this blog. But if you ever go to Bolivia, take this into account. You have to be very careful when it comes to a guided tour. Ask your fellow travelers where to go, what their experience was. Don´t hire the first one you see just because it´s cheaper.

Hour 2
Julian went to find a place to stay the night. Tati and me too. Javier and Erika went to get something to drink.

Hour 3
Julian decided to share a  room with us. Javier left Erika at the market. Tati went to talk to the person who´d rented us the room. The lady also offered us the guided tour.

Tati came back with the news. Erika texted Javier, she was lost. Julian was lying on the bed. Me trying to give Erika the right directions. It was funny, how can you get lost in a town so small? Of course, Erika. The text read “I´m lost in Bolivia”. We all laughed. 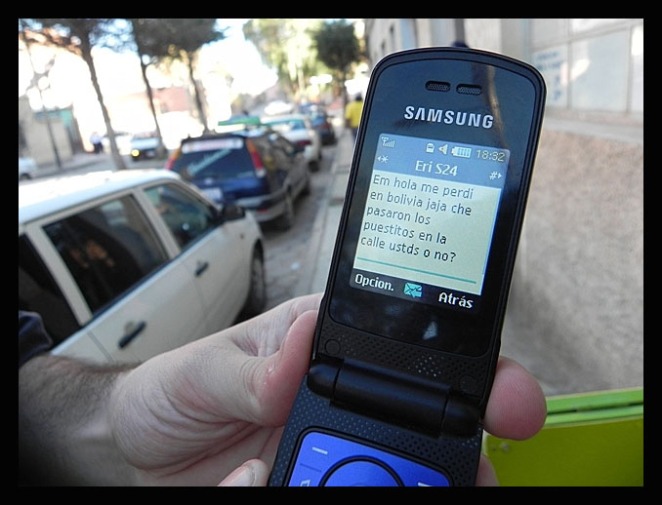 Hour 4
We went to different travel agencies. There was one we all liked. Julian wanted to see the car first. Clever guy. We hadn´t thought about it. So we waited while chatting with the woman who was trying to convince us that the car was in good condition.

Hour 5
We were told that we were going to spend the nights in shelters with no electricity. So we all thought about the same, batteries for the cameras. 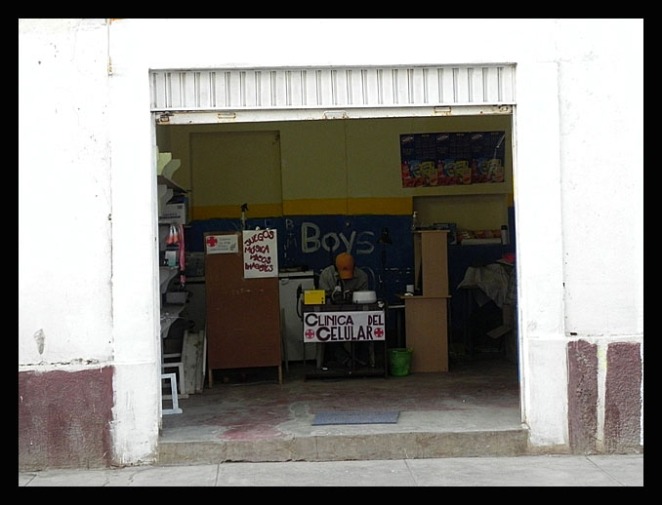 if your cell gets sick, there are doctors to cure it 🙂

Javier, Erika and me went to buy batteries at the black market. Don´t ask me why there. It seems that it was the only place to get them. Tati went to the so-called hostel together with Julian to have a shower and wait for us. Javier and Erika found the batteries. I didn´t. So they went to exchange money somewhere and I kept looking for my battery, which I didn´t find. On my way, I bought a bottle of wine to drink at night with Tati. The rest of the guys were going to a Karaoke.

Hour 6
The shower didn´t work, the water was cold. It had an electric water heater and we almost got electrocuted. The bathroom didn´t flush, so imagine, no description needed. We wanted to find the woman who had rented us the room but couldn´t. The building was empty.

Hour 7
We went to pay the tour, 50% ,and the rest when we were safe and sound in Uyuni. That was the deal. But there were five of us, it was low season, they agreed. 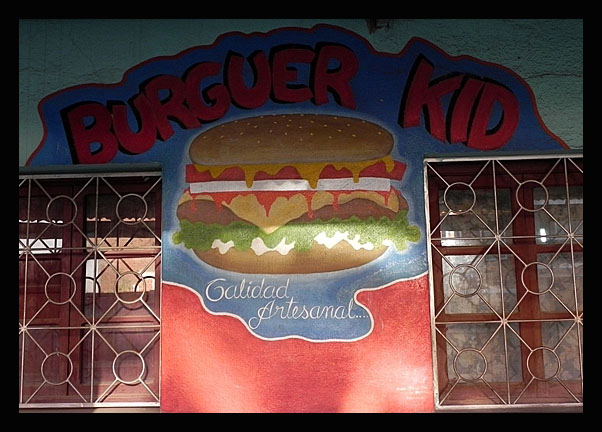 Bolivian version ... do they really eat kids? we couldn´t help the jokes 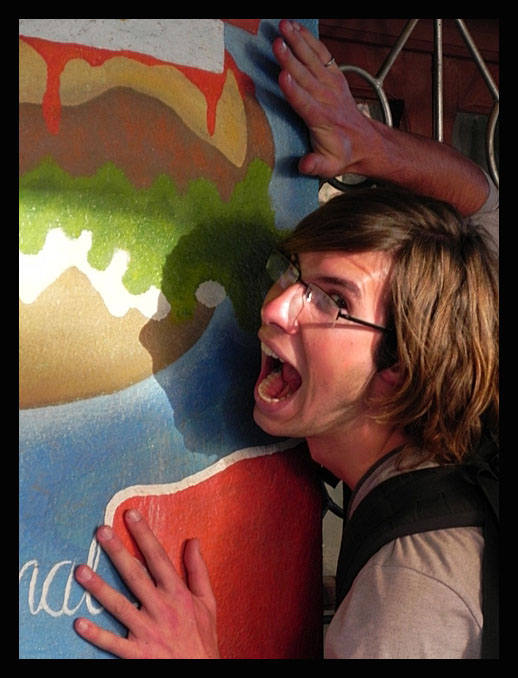 I really need to get something to eat, said Julian

Hour 8
We went for a pizza in Tupiza (in Spanish Tupiza sounds like “your pizza”). They were really big!!

Hour 9
Julian, Erika and Javier went to a Karaoke. Tati and me to open up that bottle of wine. The Bolivian wine tasted like vinegar so we couldn´t drink it.

Hour 10
We sat in the street to see people pass by, while chatting about our coming adventure. We had to be up very early. We still hadn´t found the woman who had rented us that room. We didn´t worry. We hadn´t pay. Worst scenario, we left without paying. She surely deserved it.

The place was nothing like she said it was. One thing concerned us though. Where were we going to have breakfast? we hadn´t buy anything, we had trusted the woman who said that it was included.

We decided to go look for her and finally found her at the Travel Agency. We complained. She shrugged and said she would look into it and as for breakfast, it was served somewhere else. Where? we asked. Another house she said. We smelt a rat.

Hour 11
Julian, Javier and Erika came back. Karaoke had been a bit of a disappointment since the place was almost empty. We told them about us meeting the woman. We all said that nobody was to try that shower again in the morning. So we set our cells to be up before 7.

Hour 16
We couldn´t find the house and we were about to lose our hopes when we saw it. And had our breakfast that had nothing to do with what the lady had promised when we first met. But it was breakfast and we were all pretty excited. So we just made jokes about it.

Hour 17
We met the driver and the cook. We were going to share 5 days with them. And we had a good feeling.

The Bolivian adventure was about to start.

The most amazing salt flats I´ve ever seen !!!

We were all very excited about going to Uyuni and chatted cheerfully while having breakfast. Tati, Erika, Javi and me were all ready to go!!

We took a bus to La Quiaca and Javi and Erika ran into Julian, a Canadian guy they had met in Salta. Julián was going to Uyuni too but instead of taking the train he was going by bus and not to Uyuni if not to Tupiza.

He asked us why we were going to take the train and all the guys pointed in my direction, as if I were the one with the answers. I said it was because I liked trains. Julián tried to convince us to change plans and -again- my group expected me to make the right decision.

We crossed the border at noon. We had three hours before departure so we went to get something to eat. Julian asked me again about Tupiza and I said let´s go to the bus station and find out.

But when we were at the bus station, the bus was about to leave, there was no much time to make up my mind so I said “let´s go to Tupiza” and so we did!

Thing is that you can start the circuit from Uyuni to Tupiza and the other way around. So it didn´t really matter where to start so … why not??

And that´s why we ended up in Tupiza. Our Bolivian adventure had just started.

What I´ve been up to